The Common Pheasant was introduced from Britain in 1842, and the most successful in our area in 1868. Shooting is also available in our area from April- August on a neighbouring game preserve with high bag limit and some chuker and quail. A must for the avid upland game shooter during the course of your hunt.

Merrium`s Turkey were introduced in the 1890`s as a food source for settlers, and today they are found in small pockets throughout New Zealand. New Zealand Safaris would have one of the largest populations and with unlimited bag limits and skill of a hunter you will go home with some huge birds.
Varmints- Wallaby (macropus rufogriseus), Possum, Rabbit, Hare
Captain Thomson brought over the Red Neck Wallaby in 1870 to Waimate in the central South Island, 2 female, 1 male. With the lack of predators and abundance of food has meant today there are huge populations in our South Canterbury district. Smaller than their cousin the Kangaroo (30-40 pounds) they stand around 45 inches tall. We have some absolute amazing hunting which can require large amounts of ammunition for all ages. Possum, rabbit, and Hare hunting at night are also great fun. Introduced around 1837 also from Australia for food and fur numbers have also flourished.
Australia
Water Buffalo- Since their introduction into the Northern Territories Outback between 1824-1849, thousands of Buffalo are now found throughout. At up to 2000 lbs these huge animals found in the largest numbers in wildest parts of the Aboriginal grounds of Arnhem land. With sweeping horns that can measure out to 122 inches vehicle and foot conduct from tip to tip hunting them. Since 1982 this concession has been held that encompasses over 2.1 million acres, with no cattle ranches, shops, or passes by this is the real, wild, outback experience that many hunters are today searching for! Camp is made up of two permanent building, with running water, shower, and flushing toilet and over looks the Walker River that holds Australia’s largest Crocodiles and Barramundi fishing.

Rusa, Sambar, Axis deer and Blackbuck. - Situated on Marble Island on the East Coast of Australia this privately owned Paradise holds the largest deer species in the South Pacific including many Rusa deer world records. Chartering a flight into this amazing piece of coastal land is what tropical free-range hunting is all about. 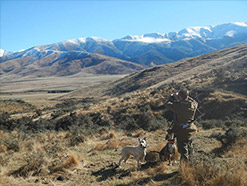 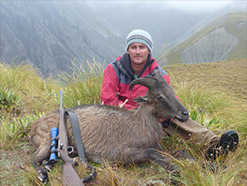 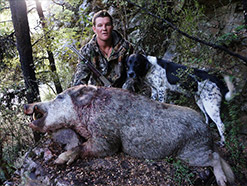